The Shades: A Novel (Hardcover) 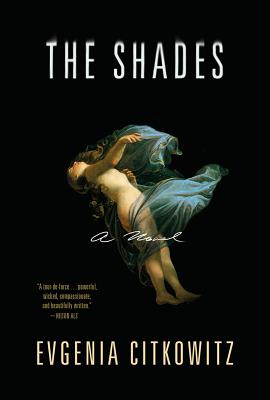 The Shades: A Novel (Hardcover)

Vogue: A Book to Thrill, Entertain, and Sustain You

Spare and haunting, The Shades is a gripping mystery and a story of a family in crisis.

A year has passed since Catherine and Michael Hall lost their teenage daughter in a car accident, leaving them and their sixteen-year-old son, Rowan, reeling in the aftermath of the tragedy. After Rowan escapes to boarding school, Catherine withdraws from her life as a successful London gallerist to Hamdean, an apartment in a Georgian country manor, where she and Michael had hoped to spend their retirement. When a beguiling young woman, Keira, appears at the house claiming to have once lived there, Catherine is reanimated by the promise of a meaningful connection. However, their relationship soon shifts to one of forbidding uncertainty as the mysteries of the past collide with the truth of the present.

Emotionally complex and psychologically tense, The Shades raises questions about the inescapability of human nature and speaks to our deepest anxieties: the safety of those we love and the sanctuary of home.

Evgenia Citkowitz was born in New York and educated in London and the United States. Both The Shades and Ether, her debut novella and short story collection, were New York Times Book Review Editors’ Choice picks. She lives in Los Angeles.
An elegantly unnerving first novel.... Written in cool and crystalline prose, The Shades unspools in a rational and realistic world in which all is not as it seems.

[A] thrillingly hushed and haunted novel.... For all its quiet, gripping work, this book is not without suspenseful turns of plot.... Brilliantly constructed, The Shades is ghostly and alive, cerebral and sensuous, an absolutely riveting read.

An absorbing book by an author who knows how to create organic suspense with out ever overplaying her hand.... both intricately plotted and perfectly paced.... An excellent debut novel that deals heavily with death, but still feels alive, compassionate and full of truths.
— NPR

A dense, powerful novel…[The Shades] is only Citkowitz’s second book…but it reads like the work of a writer with a much lengthier pedigree.

When an intriguing young woman turns up at the family’s country house and strikes up a relationship with the family’s matriarch, Catherine, a mystery is set in motion, lending the firmly contemporary The Shades a quiet echo of such classic psychological thrillers as The Turn of the Screw and Rebecca.

This psychological thriller explores the mysteries surrounding a family still reeling from profound tragedy, and the terrifying uncertainty that meets their relocation in a distant country manor.
— Entertainment Weekly

This haunted tale follows a couple mourning the loss of their teenage daughter.... [The Shades] harkens back to such ghostly thrillers as du Maurier’s Don’t Look Back.

If you’re looking for a mystery to keep you on the edge of your seat, add this electrifying new novel by Evgenia Citkowitz to your reading list.
— Southern Living