Helter Skelter: The True Story of the Manson Murders (Hardcover) 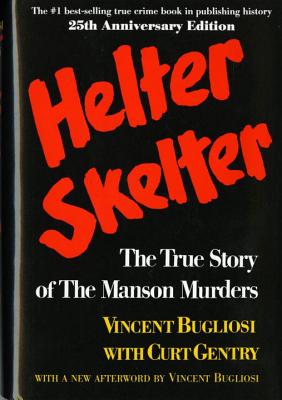 Helter Skelter: The True Story of the Manson Murders (Hardcover)

Prosecuting attorney in the Manson trial, Vincent Bugliosi held a unique insider's position in one of the most baffling and horrifying cases of the twentieth century: the cold-blooded Tate-LaBianca murders carried out by Charles Manson and four of his followers. What motivated Manson in his seemingly mindless selection of victims, and what was his hold over the young women who obeyed his orders? Here is the gripping story of this famous and haunting crime.

Both Helter Skelter and Vincent Bugliosi's subsequent Till Death Us Do Part won Edgar Allan Poe Awards for best true-crime book of the year.

Vincent Bugliosi (1934—2015), was the prosecutor of Charles Manson and author of Helter Skelter, Outrage, and other #1 bestselling books.

Curt Gentry (1931-2014), an Edgar winner, was the author of J. Edgar Hoover: The Man and the Secrets, Frame-Up: The Incredible Case of Tom Mooney and Warren Billings, and co-author of Helter Skelter with Vincent Bugliosi.
One of the best crime stories ever written.
— Chicago Sun-Times