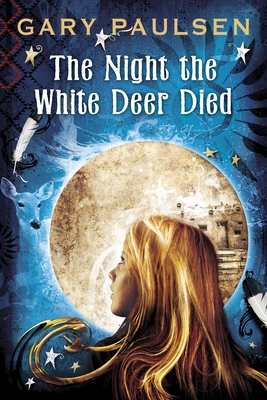 An Indian brave stands poised to shoot a white deer drinking from a pool of water in the moonlight. It is only a dream—a recurring nightmare that haunts 15-year-old Janet Carson—but it is a dream that will change her life forever.
Janet, one of the few Anglo teens in the New Mexico art colony where she lives with her mother, feels isolated and alone. For some reason, she is drawn to Billy Honcho, an old, alcoholic Indian who begs for money from her. As they get to know each other, the meaning of Janet's nightmare grows clear, and Billy becomes the brave in her dream.

GARY PAULSEN is the distinguished author of many critically acclaimed books for young people, His most recent books are Masters of Disaster, Lawn Boy Returns, Woods Runner, Notes from the Dog, Mudshark, Lawn Boy, Molly McGinty Has a Really Good Day, The Time Hackers, and The Amazing Life of Birds (The Twenty Day Puberty Journal of Duane Homer Leech).
"[Janet's] dream shows her a white deer at the mercy of an Indian brave, aiming an arrow from a taut bow. In Paulsen's eerily poetic writing, the reader finds the message that finally becomes clear to Janet. The novel is an allegory, rooted in the chasm between actualities and pretensions."
--Publishers Weekly