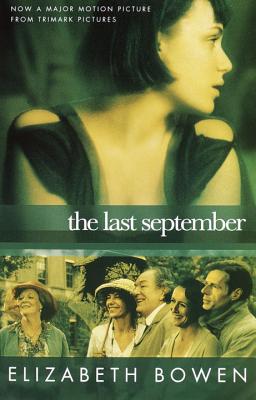 
In Stock—Click for Locations
The Last September is Elizabeth Bowen's portrait of a young woman's coming of age in a brutalized time and place, where the ordinariness of life floats like music over the impending doom of history.

In 1920, at their country home in County Cork, Sir Richard Naylor and his wife, Lady Myra, and their friends maintain a skeptical attitude toward the events going on around them, but behind the facade of tennis parties and army camp dances, all know that the end is approaching—the end of British rule in the south of Ireland and the demise of a way of life that had survived for centuries. Their niece, Lois Farquar, attempts to live her own life and gain her own freedoms from the very class that her elders are vainly defending. The Last September depicts the tensions between love and the longing for freedom, between tradition and the terrifying prospect of independence, both political and spiritual.