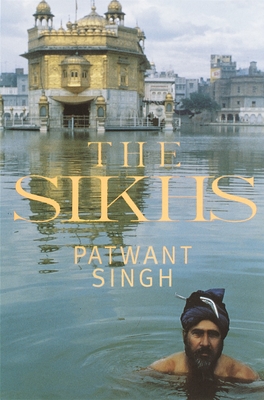 
Special Order—Subject to Availability
Five hundred years ago, Guru Nanak founded the Sikh faith in India. The Sikhs defied the caste system; rejected the authority of Hindu priests; forbade magic and idolatry; and promoted the equality of men and women -- beliefs that incurred the wrath of both Hindus and Muslims. In the centuries that followed, three of Nanak's nine successors met violent ends, and his people continued to battle hostile regimes. The conflict has raged into our own time: in 1984 the Golden Temple of Amritsar -- the holy shrine of the Sikhs--was destroyed by the Indian Army. In retaliation, Sikh bodyguards assassinated Prime Minister Indira Gandhi.

Now, Patwant Singh gives us the compelling story of the Sikhs -- their origins, traditions and beliefs, and more recent history. He shows how a movement based on tenets of compassion and humaneness transformed itself, of necessity, into a community that values bravery and military prowess as well as spirituality. We learn how Gobind Singh, the tenth and last Guru, welded the Sikhs into a brotherhood, with each man bearing the surname Singh, or "Lion," and abiding by a distinctive code of dress and conduct. He tells of Banda the Brave's daring conquests, which sowed the seeds of a Sikh state, and how the enlightened ruler Ranjit Singh fulfilled this promise by founding a Sikh empire.

The author examines how, through the centuries, the Sikh soldier became an exemplar of discipline and courage and explains how Sikhs -- now numbering nearly 20 million worldwide -- have come to be known for their commitment to education, their business acumen, and their enterprising spirit.

Finally, Singh concludes that it would be a grave error to alienate an energetic and vital community like the Sikhs if modern India is to realize its full potential. He urges India's leaders to learn from the past and to "honour the social contract with Indians of every background and persuasion."
Patwant Singh's books and articles on India, international affairs, the environment, and the arts have been published in India, Europe, and North America. He has broadcast frequently on television and radio in many countries, and has travelled and lectured all over the world, often as the guest of governments. From 1957 to 1988, he was editor and publisher of the international magazine Design. He lives in New Delhi.