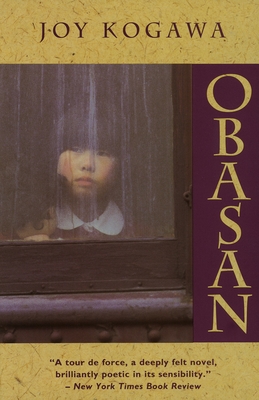 Based on the author's own experiences, this award-winning novel was the first to tell the story of the evacuation, relocation, and dispersal of Canadian citizens of Japanese ancestry during the Second World War.
Joy Kogawa was born in Vancouver in 1935 to Japanese-Canadian parents. During WWII, Joy and her family were forced to move to Slocan, British Columbia, an injustice Kogawa addresses in her award-winning novel, Obasan. Kogawa has worked to educate Canadians about the history of Japanese Canadians and she was active in the fight for official governmental redress.

In 1986, Kogawa was made a Member of the Order of Canada and in 2010, the Japanese government honored her with the Order of the Rising Sun "for her contribution to the understanding and preservation of Japanese Canadian history."
"This quiet novel burns in your hand." --Washington Post.