The Patriarch: A Bruno, Chief of Police Novel (Hardcover) 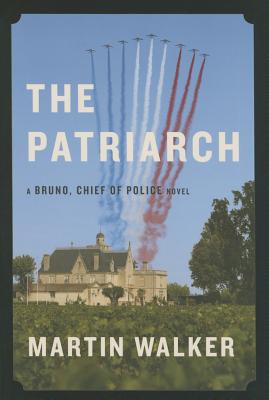 The Patriarch: A Bruno, Chief of Police Novel (Hardcover)


Special Order—Subject to Availability
A beloved village, a renowned family, a suspicious death--it's the latest adventure in the Dordogne for police chief Bruno.

When Bruno is invited to the lavish birthday celebration of World War II flying ace and national icon Marco "the Patriarch" Desaix, it's the fulfillment of a boyhood dream. But when the party ends in the death of Gilbert, Marco's longtime friend, it's another day on the job for the chef de police. All signs point to a tragic accident, but Bruno isn't so sure. There is more to the Desaix family's lives and loyalties than meets the eye. There is Victor, the Patriarch's son, Gilbert's old comrade-in-arms and sometime rival; Victor's seductive wife, Madeleine, whose roving eye intrigues Bruno even more than her fierce political ambitions; Yevgeny, another son, an artist whose paintings seem to hold keys to the past; and the Patriarch himself, whose postwar Soviet ties may have intersected all too closely with Gilbert's career in Cold War intelligence. Bruno is diverted by a dangerous conflict between a local animal rights activist and outraged hunters--as well as meals to cook, wine to share, and an ever more complicated romantic situation. But as his entanglement with the Desaix family grows and his suspicions heighten, Bruno's inquiries into Gilbert's life become a deadly threat to his own.
MARTIN WALKER is a senior fellow of the Global Business Policy Council, a private think tank based in Washington, D.C. He is also editor in chief emeritus and international affairs columnist at United Press International. His previous novels in the Bruno series are Black Diamond; Bruno, Chief of Police; The Children Return; The Crowded Grave; The Dark Vineyard; The Devil's Cave; and The Resistance Man, all international best sellers. He lives in Washington, D.C., and the Dordogne. www.brunochiefofpolice.com
For This Book...
Staff Pick