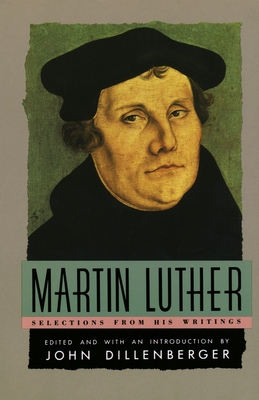 
Special Order—Subject to Availability
The development of Martin Luther's thought was both a symptom and moving force in the transformation of the Middle Ages into the modern world. Geographical discovery, an emerging scientific tradition, and a climate of social change had splintered the unity of medieval Christian culture, and these changes provided the background for Luther's theological challenge. His new apprehension of Scripture and fresh understanding of man's relation to God demanded a break with the Church as then constituted and released the powerful impulses that carried the Reformation. Luther's vigorous, colorful language still retains the excitement it had for thousands of his contemporaries. In this volume, Dr. Dillenberger has made a representative selection from Luther's extensive writings, and has also provided the reader with a lucid introduction to his thought.
John Dillenberger was a Professor of Historical Theology at the Graduate Theological Union in Berkeley, California.