All You Never Wanted (Paperback) 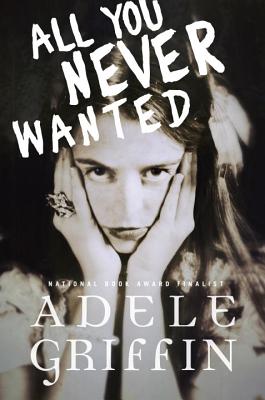 All You Never Wanted (Paperback)


Special Order—Subject to Availability
With my eyes closed and Alex's core friends all around me, it was like I'd become my big sister, or something just as good. And so who cared if they were calling it Alex's party? One thing I knew: it would be remembered as mine.

Alex has it all—brains, beauty, popularity, and a dangerously hot boyfriend. Her little sister Thea wants it all, and she's stepped up her game to get it. Even if it means spinning the truth to win the attention she deserves. Even if it means uncovering a shocking secret her older sister never wanted to share. Even if it means crying wolf.

Told in the alternating voices of Alex and Thea, Adele Griffin's mesmerizing new novel is the story of a sibling rivalry on speed.


From the Hardcover edition.
ADELE GRIFFIN is the acclaimed author of many books for young readers, including Sons of Liberty and Where I Want to Be, both National Book Award finalists. She is also the author of Tighter, Picture the Dead, The Julian Game, and the Witch Twins and Vampire Island middle-grade series. Adele lives with her husband and daughter in Brooklyn, New York.
Starred Review, Kirkus Reviews, September 1, 2012:
“A sumptuously written examination of sibling rivalry and socioeconomic class.”

Starred Review, Booklist, September 1, 2012:
“The book is so raw that at times it’s difficult to read—yet it’s impossible to put down.”

Publishers Weekly, September 17, 2012:
"Griffin shows her customary skill at honing in on her protagonists’ perceptions, internal conflicts, and uncomfortable relationships."