There's No Such Thing as a Dragon (Paperback) 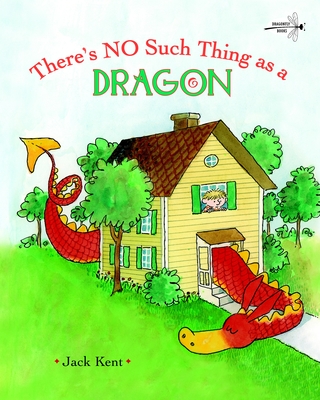 There's No Such Thing as a Dragon (Paperback)


In Stock—Click for Locations
A story for every kid who wants a pet dragon!

When Billy Bixbee finds a tiny dragon in his bedroom, his mom tells him, “There’s no such thing as a dragon!” This only makes the dragon get bigger. He grows, and grows, and grows, until he’s bigger than Billy’s house—and that’s just the beginning!

A funny, madcap story and playful illustrations by beloved author-illustrator Jack Kent pair in a book that will have children wondering if maybe friendly pet dragons do exist after all!
JACK KENT (1920-1985) was a cartoonist, perhaps best known for his long-running syndicated comic strip King Aroo, and the illustrator of over forty children's books, including the modern classic There's No Such Thing as a Dragon.