How to Build a House (Paperback) 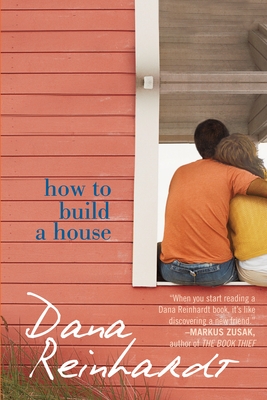 How to Build a House (Paperback)

Harper's dad is divorcing her beloved stepmother, Jane. Even worse, Harper has lost her stepsister, Tess. The divorce divides them, just when her best friend Gabriel betrays her. Harper decides to get away for the summer and joins a volunteer program to build a house for a family in Tennesee who lost their home in a tornado. (Not that she knows a thing about building a house.) Soon she's living in a funky motel and laboring long days in blazing heat with a quirky, terrific group of kids. Working alongside Teddy, the son of the family for whom they are building the house, Harper and Teddy's partnership turns into a summer romance. Learning to trust and love Teddy isn't easy for Harper, but it's the first step toward finding her way back home.

DANA REINHARDT is the author of A Brief Chapter in My Impossible Life, Harmless, How to Build a House, and The Things a Brother Knows. She lives with her husband and two daughters.

Starred review, Publishers Weekly, April 7, 2008:
"As intimate and intelligently wrought as her previous YA novels . . . this meticulously crafted book illustrates how both homes and relationships can be resurrected through hard work, hope and teamwork."