The Whispering Muse: A Novel (Paperback) 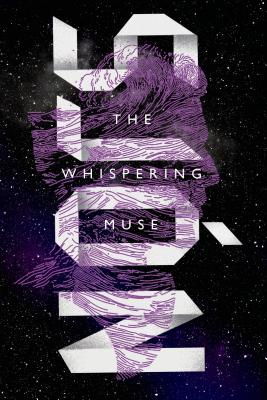 The Whispering Muse: A Novel (Paperback)

"Sublime . . . A work of coy humor and shape-shifting magic ." —The Wall Street Journal

Sjón's novels have been championed by a veritable pantheon of literary luminaries: Junot Díaz, David Mitchell, A. S. Byatt, Hari Kunzru, and Alberto Manguel, who calls The Whispering Muse "an extraordinary, powerful fable—a marvel." The Whispering Muse is Sjón's masterpiece so far.
The year is 1949 and Valdimar Haraldsson, an eccentric Icelander with elevated ideas about the influence of fish consumption on Nordic civilization, has had the extraordinary good fortune to be invited to join a Danish merchant ship on its way to the Black Sea. Among the crew is the mythical hero Caeneus, disguised as the second mate. Every evening after dinner he entrances his fellow travelers with the tale of how he sailed with the fabled vessel the Argo on the Argonauts' quest to retrieve the Golden Fleece.
What unfolds is a slender, brilliant, always entertaining novel that evokes Borges and Calvino as it weaves together tales of myth and antiquity with the modern world in a literary voice so singular as to seem possessed.

“Sjón is the trickster that makes the world, and he is achingly brilliant.” —Junot Díaz

“When I need something epic and lyrical I call upon Sjón.” —Björk

“Sjón's writing [is] full of brilliant details, surprises and delights . . . [He is] an extraordinary and original writer.” —A. S. Byatt, The Guardian