The Cure at Troy: A Version of Sophocles' Philoctetes (Paperback) 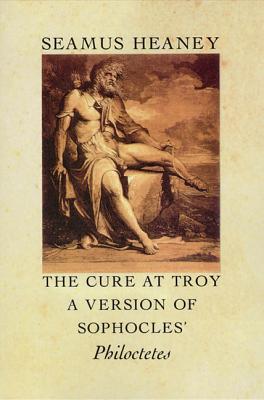 The Cure at Troy: A Version of Sophocles' Philoctetes (Paperback)

The Cure at Troy is Seamus Heaney's version of Sophocles' Philoctetes. Written in the fifth century BC, this play concerns the predicament of the outcast hero, Philoctetes, whom the Greeks marooned on the island of Lemnos and forgot about until the closing stages of the Siege of Troy. Abandoned because of a wounded foot, Philoctetes nevertheless possesses an invincible bow without which the Greeks cannot win the Trojan War. They are forced to return to Lemnos and seek out Philoctetes' support in a drama that explores the conflict between personal integrity and political expediency.

Heaney's version of Philoctetes is a fast-paced, brilliant work ideally suited to the stage. Heaney holds on to the majesty of the Greek original, but manages to give his verse the flavor of Irish speech and context.

Seamus Heaney (1939-2013) received the Nobel Prize in Literature in 1995. His poems, plays, translations, and essays include Opened Ground, Electric Light, Beowulf, The Spirit Level, District and Circle, and Finders Keepers. Robert Lowell praised Heaney as the "most important Irish poet since Yeats."
“A purifying play, in the great tradition of modern Irish drama: think of Synge's Playboy of the Western World, O'Casey's early work, or even some of Yeats's Cuchulain plays.” —John Peters, The Sunday Times (London)