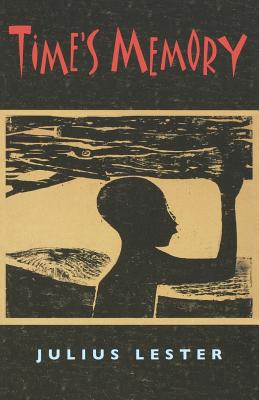 A boy sent by an African god to tend the spirits of the dead struggles to fulfill his duty from within the bonds of slavery in Time's Memory, by National Book Award finalist Julius Lester.

Amma is the creator god, the master of life and death, and he is worried. His people have always known how to take care of the spirits of the dead – the nyama – so that they don't become destructive forces among the living. But amid the chaos of the African slave trade and the brutality of American slavery, too many of his people are dying and their souls are being ignored in this new land.

Amma sends a young man, Ekundayo, to a plantation in Virginia where he becomes a slave on the eve of the Civil War. Amma hopes that Ekundayo will be able to find a way to bring peace to the nyama before it is too late. But Ekundayo can see only sorrow in this land – sorrow in the ownership of people, in the slaves who have been separated from their children and spouses, in the restless spirits of the dead, and in his own forbidden relationship with his master's daughter.

How Ekundayo finds a way to bring peace to both the dead and the living makes this an unforgettable journey into the slave experience and Newbury Honor author Julius Lester's most powerful work to date.

Time's Memory is a 2007 Bank Street - Best Children's Book of the Year.

Julius Lester (1939-2018) is the author of over 30 books for children and adults, for which he received numerous awards including a Newbery Honor, Caldecott Honor, Coretta Scott King Award, ALA Notable Book, and Smithsonian Magazine Best Book of the Year. His books include To Be a Slave, The Autobiography of God, John Henry, Time's Memory, and Do Lord Remember Me. He lived in Belchertown, Massachusetts.