Everybody Just C@lm the F#ck Down (Paperback) 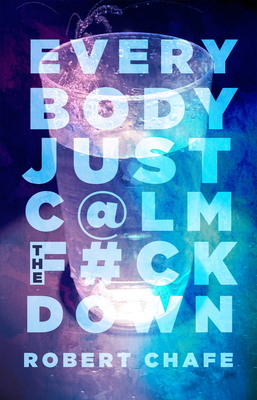 Everybody Just C@lm the F#ck Down (Paperback)

Emergency rooms, scans, tests, blood work, and more blood work . . . Robert's had a wide range of concerning symptoms checked. Multiple times. And yet he still has no answers as to why everything hurts. So he wonders, is he Tennessee Williams or Dorothy Zbornak? Could all of it be in his head?

Everybody Just C@lm the F#ck Down is a multi-layered story of anxiety in which Robert explores the shifting planes of middle age, mortality, grief, and creativity while learning how to embrace a lack of control.

Robert Chafe is a writer, educator, actor, and arts administrator based in St. John's, Ktaqmkuk (Newfoundland). He has worked in theatre, dance, opera, radio, fiction, and film. His stage plays have been seen in Canada, the United Kingdom, Australia, and in the United States, and include Oil and Water, Tempting Providence, Afterimage, Under Wraps, Between Breaths, and The Colony of Unrequited Dreams (adapted from the novel by Wayne Johnston). He has been shortlisted twice for the Governor General's Literary Award for Drama and he won the award for Afterimage in 2010. He has been a guest instructor at Memorial University, Sir Wilfred Grenfell College, and the National Theatre School of Canada. In 2018 he was awarded an honorary doctorate from Memorial University. He is the playwright and artistic director of Artistic Fraud.