Too Good to Be True (Paperback) 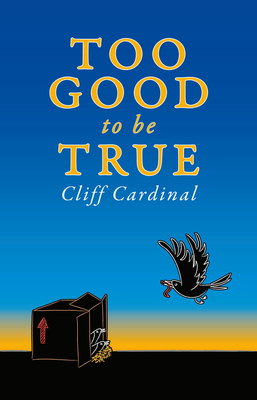 Too Good to Be True (Paperback)

Maria and her kids--Lisa, a pregnant teenager, and Jude, an excitable preteen--are on the run following the murder of Lisa's rapist. As the police close in, Maria is determined to give her kids a last supper that prepares them for everything they're going to need to survive in the world without her.

Cliff Cardinal is a polarizing writer and performer known for black humour and compassionate poeticism. His solo plays Stitch, Huff, and Cliff Cardinal's CBC Special have won numerous awards. Born on the Pine Ridge Indian Reservation, he studied playwriting at the National Theatre School of Canada, fronts Toronto pop-reggae band Cliff Cardinal and the Skylarks, and is the son of iconic Canadian actress Tantoo Cardinal. He lives in Toronto.