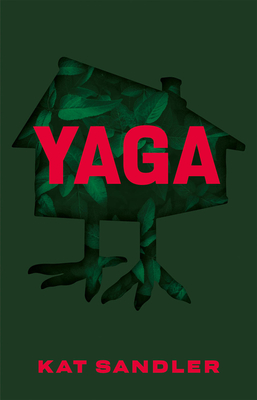 She's more than just a wicked old witch. Baba Yaga is a legend, usually known as that elderly woman who lives alone in the woods and grinds the bones of the wicked. But what if she was actually a sexy, smart, modern woman operating off of morally ambiguous motives?

A detective finds himself in a small, isolated town asking, what does the disappearance of a young heir to a yogurt empire have to do with some random lore about an old witch? Matched by an apprehensive local sheriff, a university professor with a taste for younger men, and a whole cast of curious characters, the Slavic myth of Baba Yaga twists into a new labyrinth of secret lives, ancient magic, and multiple suspects.

This genre-bending comedic fairy tale meets thrilling whodunit gives voice to an antihero of epic proportions while interrogating how her story has historically been told by men. From now on, you'll remember the name Baba Yaga for the right reasons.

Kat Sandler is a playwright, director, screenwriter, and the artistic director of Theatre Brouhaha in Toronto. She has staged seventeen of her original plays in the last eight years, including Yaga and the concurrent double bill of The Party and The Candidate, where the same cast raced back and forth between two theatres to perform two simultaneous plays. Her play Mustard won the Dora Mavor Moore Award for Best New Play and BANG BANG was nominated for the same award. Kat is a graduate of the Queen's University Drama Program and is based in Toronto.