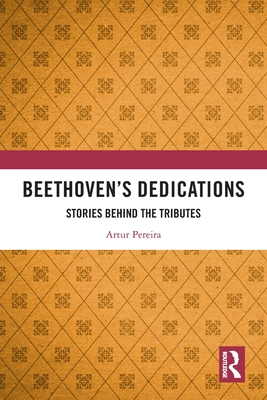 The dedication of a piece of music is a feature generally overlooked, but it can reveal a great deal about the work, the composer, the society and the music world in which the composer lived.
This book explores the musical, biographical and sociological aspects of the practice of dedicating new compositions in the late 18th and early 19th centuries, and makes a significant contribution towards a better understanding of the impact these tributes had on Beethoven's life and work, and their function within the context of the musical, cultural and economic environments in which they appeared. As the first of its kind, this study demonstrates that, as a result of their different functions, published dedications and handwritten inscriptions are distinct from one another, and for that reason they have been classified in different categories. This book, therefore, challenges the idea of what exactly can be termed as a 'dedication', a concept which extends far beyond the dedication of musical works.

Dr Artur Pereira is a researcher based at the University of Manchester with particular interests in the music of Beethoven and the early Romantic period. He is also a pianist with an international career as a soloist and chamber musician. As a recording artist, his albums feature historically informed performances of Beethoven's piano sonatas and piano music by Portuguese composers.