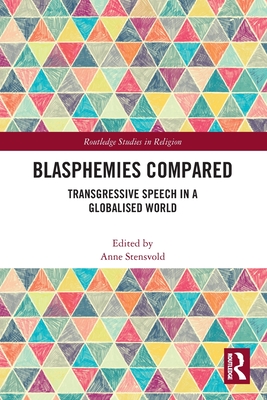 This volume examines both historical developments and contemporary expressions of blasphemy across the world. The transgression of religious boundaries incurs more or less severe sanctions in various religious traditions. This book looks at how religious and political authorities use ideas about blasphemy as a means of control. In a globalised world where people of different faiths interact more than ever before and world-views are an increasingly important part of identity politics, religious boundaries are a source of controversy.

The book goes beyond many others in this field by widening its scope beyond the legal aspects of freedom of expression. Approaching blasphemy as effective speech, the chapters in this book focus on real-life situations and ask the following questions: who are the blasphemers, who are their accusers and what does blasphemy accomplish? Utilising case studies from Europe, the Middle East and Asia that encompass a wide variety of faith traditions, the book guides readers to a more nuanced appreciation of the historical roots, political implications and religious rationale of attitudes towards blasphemy.

Incorporating historical and contemporary approaches to blasphemy, this book will be of great use to academics in Religious Studies and the Sociology of Religion as well as Political Science, Media Studies, History.

Anne Stensvold is Professor of the Study of Religion at IKOS (Institute of Cultural Studies and Oriental Languages), University of Oslo, where she heads Religion and Value Politics research group. Among her recent publications is the edited volume Religion, State and the United Nations. Value Politics. Routledge, 2017.