Socio-Legal Struggles for Indigenous Self-Determination in Latin America: Reimagining the Nation, Reinventing the State (Indigenous Peoples and the Law) (Hardcover) 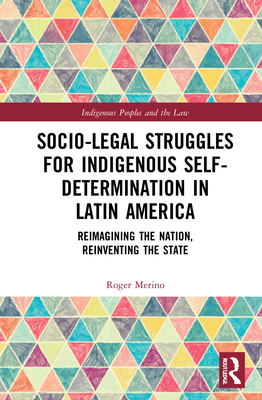 Socio-Legal Struggles for Indigenous Self-Determination in Latin America: Reimagining the Nation, Reinventing the State (Indigenous Peoples and the Law) (Hardcover)

This book is an interdisciplinary study of struggles for indigenous self-determination and the recognition of indigenous' territorial rights in Latin America.

Studies of indigenous peoples' opposition to extractive industries have tended to focus on its economic, political or social aspects, as if these were discrete dimensions of the conflict. In contrast, this book offers a comprehensive and interdisciplinary understanding of the tensions between indigenous peoples' territorial rights and the governance of extractive industries and related state developmental policies. Analysing the contentious process pushed by indigenous peoples for implementing pluri-nationality against extractive projects and pro-extractive policies, the book compares the struggle for territorial rights in Bolivia, Ecuador and Peru. Centrally, it argues that indigenous territorial defenses against the extractive industries articulate a politics of self-determination that challenges coloniality as the foundation of the nation-state. The resource governance of the nation-state assumes that indigenous peoples must be integrated or assimilated within multicultural arrangements as ethnic minorities with proprietary entitlements, so they can participate in the benefits of development. As the struggle for indigenous self-determination in Latin America maintains that indigenous peoples must not be considered as ethnic communities with property rights, but as nations with territorial rights, this book argues that it offers a radical re-imagination of politics, development, and constitutional arrangements.

Drawing on detailed case studies, this book's multidisciplinary account of indigenous movements in Latin America will appeal to those with relevant interests in politics, law, sociology and development studies.