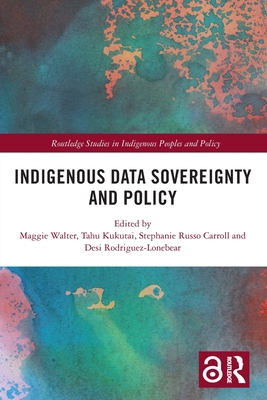 This book examines how Indigenous Peoples around the world are demanding greater data sovereignty, and challenging the ways in which governments have historically used Indigenous data to develop policies and programs.

In the digital age, governments are increasingly dependent on data and data analytics to inform their policies and decision-making. However, Indigenous Peoples have often been the unwilling targets of policy interventions and have had little say over the collection, use and application of data about them, their lands and cultures. At the heart of Indigenous Peoples' demands for change are the enduring aspirations of self-determination over their institutions, resources, knowledge and information systems.

With contributors from Australia, Aotearoa New Zealand, North and South America and Europe, this book offers a rich account of the potential for Indigenous data sovereignty to support human flourishing and to protect against the ever-growing threats of data-related risks and harms.

The Open Access version of this book, available at

https: //www.taylorfrancis.com/books/e/9780429273957, has been made available under a Creative Commons Attribution-Non Commercial-No Derivatives 4.0 license