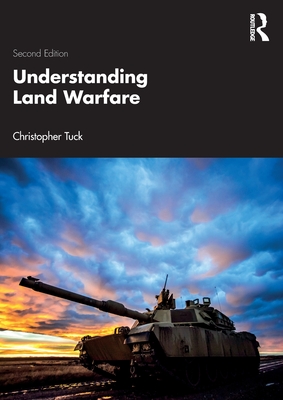 This textbook provides a thorough grounding in the vocabulary, concepts, issues and debates associated with modern land warfare. The second edition has been updated and revised, and includes new chapters on non-western perspectives and hybrid warfare.

Drawing on a range of case studies spanning the First World War through to contemporary conflicts in Syria, Ukraine, and Nagorno-Karabakh, the book explores what is unique about the land domain and how this has shaped the theory and practice of military operations conducted upon it. It also looks at land warfare across the spectrum of its conduct, including conventional campaigning, counterinsurgency, and peace support and stabilisation operations.

Key themes and debates identified and analysed include:

This book will be essential reading for military practitioners and for students of land warfare, military history, war studies and strategic studies.

Christopher Tuck is Reader in Strategic Studies, King's College London at the United Kingdom Defence Academy. Prior to this, he was Senior Lecturer at the Royal Military Academy, Sandhurst.