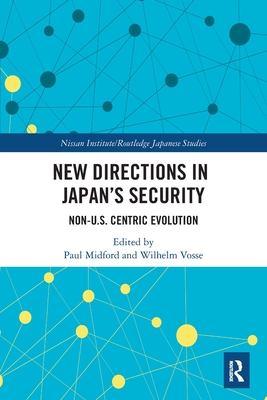 While the US-Japan alliance has strengthened since the end of the Cold War, Japan has, almost unnoticed, been building security ties with other partners, in the process reducing the centrality of the US in Japan's security. This book explains why this is happening.

Japan pursued security isolationism during the Cold War, but the US was the exception. Japan hosted US bases and held joint military exercises even while shunning contacts with other militaries. Japan also made an exception to its weapons export ban to allow exports to the US. Yet, since the end of the Cold War, Japan's security has undergone a quiet transformation, moving away from a singular focus on the US as its sole security partner. Tokyo has begun diversifying its security ties. This book traces and explains this diversification. The country has initiated security dialogues with Asian neighbors, assumed a leadership role in promoting regional multilateral security cooperation, and begun building bilateral security ties with a range of partners, from Australia and India to the European Union. Japan has even lifted its ban on weapons exports and co-development with non-US partners. This edited volume explores this trend of decreasing US centrality alongside the continued, and perhaps even growing, security (inter) dependence with the US.

New Directions in Japan's Security is an essential resource for scholars focused on Japan's national security. It will also interest on a wider basis those wishing to understand why Japan is developing non-American directions in its security strategy.