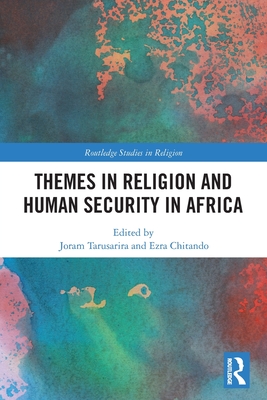 A team of contributors from across Africa provide valuable reflections on the conceptualisation and applicability of the concept of human security in the context of religion in Africa. Chapters highlight how themes such as knowledge systems, youth, education, race, development, sacred texts, the media, sexual diversity, health and others have implications for individual and group security. In order to bring these themes into perspective, chapters in the first section reflect on the conceptual, historical and contextual factors at play. The chapters that follow demonstrate the theories put forward by means of case studies from countries such as Zimbabwe, Kenya, Botswana and Ghana that look at African religion, Islam and Christianity.

This is a detailed and informative volume that provides new insights into the discourse on religion and human security. As such, it will be of significant use to any scholar of Religion and Violence, Religion in Africa and Religious Studies, as well as African and Security Studies more generally.