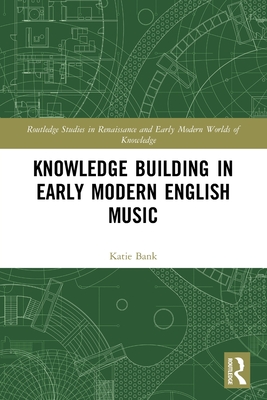 Knowledge Building in Early Modern English Music is a rich, interdisciplinary investigation into the role of music and musical culture in the development of metaphysical thought in late sixteenth-, early seventeenth-century England. The book considers how music presented questions about the relationships between the mind, body, passions, and the soul, drawing out examples of domestic music that explicitly address topics of human consciousness, such as dreams, love, and sensing. Early seventeenth-century metaphysical thought is said to pave the way for the Enlightenment Self. Yet studies of the music's role in natural philosophy has been primarily limited to symbolic functions in philosophical treatises, virtually ignoring music making's substantial contribution to this watershed period. Contrary to prevailing narratives, the author shows why music making did not only reflect impending change in philosophical thought but contributed to its formation. The book demonstrates how recreational song such as the English madrigal confronted assumptions about reality and representation and the role of dialogue in cultural production, and other ideas linked to changes in how knowledge was built. Focusing on music by John Dowland, Martin Peerson, Thomas Weelkes, and William Byrd, this study revises historiography by reflecting on the experience of music and how music contributed to the way early modern awareness was shaped.

Katie Bank is a Leverhulme Early Career Research Fellow in the Department of History at the University of Birmingham as well as an Honorary Research Fellow in the Department of Music at the University of Sheffield. She was recently a long-term National Endowment for the Humanities Fellow at the Newberry Library. She publishes on early modern English recreational song, musical intellectual history, and musical-visual culture.