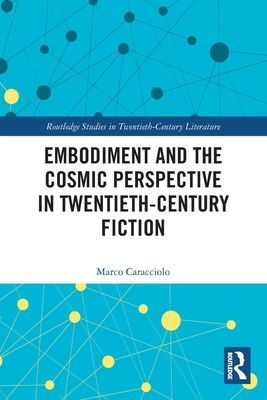 In dialogue with groundbreaking technologies and scientific models, twentieth century fiction presents readers with a vast mosaic of perspectives on the cosmos. The literary imagination of the world beyond the human scale, however, faces a fundamental difficulty: if, as researchers in both cognitive science and narrative theory argue, fiction is a practice geared toward the human embodied mind, how can it cope with scientific theories and concepts-- the Big Bang, quantum physics, evolutionary biology, and so on--that resist our common-sense intuitions and appear discontinuous, in spatial as well as temporal terms, with our bodies? This book sets out to answer this question by showing how the embodiment of mind continues to matter even as writers-- and readers--are pushed out of their terrestrial comfort zone. Offering thoughtful commentary on work by both mainstream literary authors and science fiction writers (from Primo Levi to Jeanette Winterson, from Olaf Stapledon to Pamela Zoline), Embodiment and the Cosmic Perspective in Twentieth-Century Fiction explores the multiple ways in which narrative can radically defamiliarize our bodily experience and bridge the gap with cosmic realities. This investigation affords an opportunity to reflect on the role of literature as it engages with science and charts its epistemological and ethical ramifications.

Marco Caracciolo received a PhD in Comparative Literature from the University of Bologna, Italy, in 2012. He is an Associate Professor of English and Literary Theory at Ghent University in Belgium, where he leads NARMESH, a collaborative project on contemporary narrative and the nonhuman. His work has appeared in journals such as New Literary History, Contemporary Literature, Poetics Today, and Narrative. He is the author of three books: The Experientiality of Narrative: An Enactivist Approach (De Gruyter, 2014; honorable mention for the Perkins Prize of the International Society for the Study of Narrative); Strange Narrators in Contemporary Fiction (University of Nebraska Press, 2016); and A Passion for Specificity (coauthored with psychologist Russell Hurlburt; Ohio State University Press, 2016).