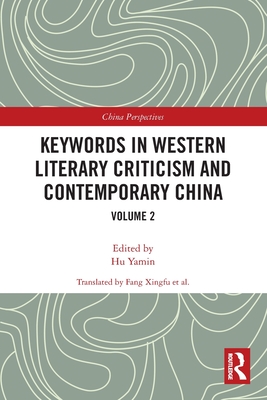 Since the reform and opening up of China in 1978, Western literary criticism has begun to flourish and gain in popularity within the country's academic literature community. These two volumes meticulously select and examine nine of the most influential keywords from Western literary theory while identifying the intricate historical sources of these terms and analyzing their relevance to other disciplines and ideas. The result shows how these words function as heterogeneous cultural contexts in the complexity of experience but also how they function within the context of Chinese culture as well as Chinese literature and criticism.

In this volume, the editors focus on metaphor, the other, ideology and the body from the perspectives of etymology, documentation, meanings and other core factors.

Students of literature and languages, and especially Chinese literature, will benefit from this two-volume set.

Hu Yamin is professor and former dean of the School of Chinese Language and Literature at Central China Normal University, president of the journal Foreign Literature Studies, vice president of Writers Association of Hubei Province, a member on the Advisory Board for Chinese Literature and Language Teaching of the Ministry of Education of China and a member of Reviewing Expertise Group of the National Social Science Fund of China. She is the author of Between China and the West: The Road of Literary Criticism, Narratology, Comparative Literature.