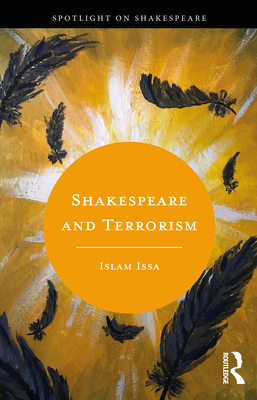 Shakespeare and Terrorism delves into how extremists have responded to Shakespeare - whether they've attacked him or been inspired by him - and investigates what the playwright and his works can tell us about the nature, psychology, and consequences of terror.

Literary critic and historian Islam Issa takes readers on a journey from Shakespeare's Stratford-upon-Avon and London to a variety of locations: from Western Europe to the Balkans to the US, from North Africa to the Persian Gulf to Central Asia, and from the theatre to the digital world. Considering incidents from Shakespeare's time through today, including the Gunpowder Plot and 9/ 11, as well as pivotal figures from Hamlet and Macbeth to Hitler and Bin Laden, this book brings to light new ideas about key characters, events, and themes both in Shakespeare's plays and the world around them.

A thrilling and accessible read, this ground-breaking book will enlighten and engage students, researchers, and general readers interested in Shakespeare, social sciences, history, and the complex relationships between life and art.

Islam Issa is Reader in Literature and History at Birmingham City University, UK. He is a multi-award-winning writer, curator, and broadcaster. His books include Milton in the Arab-Muslim World and he has presented such documentaries as Cleopatra and Me: In Search of a Lost Queen.