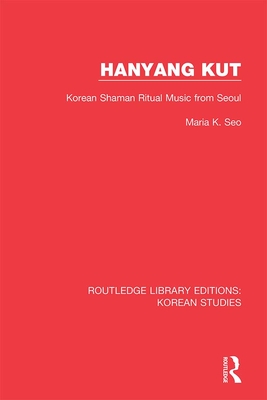 This volume, first published in 2002, presents a sophisticated analysis of the musical instruments, repertoires, musicians and ensembles, and symbolism of the ritual music of Shamans of Seoul, Korea. Placed firmly in a social and historical context, it shows that Shamanism, considered superstition by many today, is alive and well in Seoul in a rich tradition reaching back to the Chos n Dynasty (1392-1910), the capital of which was Hanyang (now Seoul). The instruments, dress and other accoutrements of courtly life from the Chos n Dynasty have been taken up, although transformed, in contemporary rituals among spirit-possessed Shamans. Through a comparison of Hanyang kut - the rituals of the Hanyang Shamans - and the ritual practice of Inner Asian Shamans, and through an analysis of the relations of spirit-possession music rituals to musok, the indigenous religion of Korea, Seo sheds light on the role of music, spiritual practice and culture in present-day Korea.