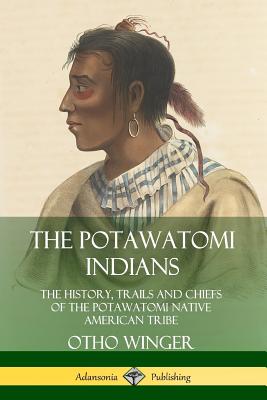 
Not On Our Shelves—Ships in 1-5 Days
(This book cannot be returned.)
This book recounts the history of the Potawatomi Native American tribe, from their early origins in Michigan near the western great lakes, to their most prominent appearances in history. Written by Otho Winger, a historian whose focus was upon the Native Americans, this book concerns Potawatomi history ranging back centuries. It detailing the tribes role in conflicts with incipient settlers, wherein the tribe's lands were pushed westerly. After the initial loss of lands, the European settlers represented by the United States offered to relocate the tribe to reservations hundreds of miles away in Kansas or Nebraska. While some accepted these terms, others managed to stay in Michigan or departed elsewhere. Despite such setbacks, the Potawatomi retained their pride, dignity and culture; this book, written in the 1930s, includes photographs of historic sights pertinent to the tribal history, and profiles of the greatest chieftains whose leadership allowed the tribe to flourish and strengthen its identity.