The Tornado Scientist: Seeing Inside Severe Storms (Scientists in the Field) (Paperback) 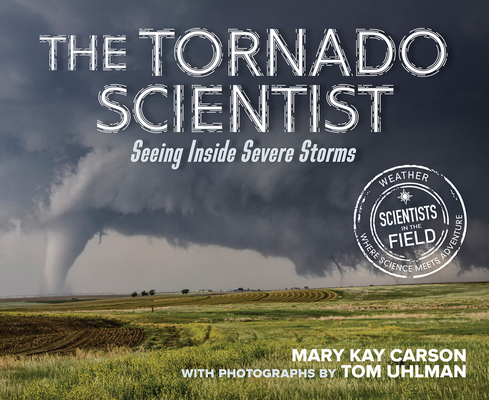 The Tornado Scientist: Seeing Inside Severe Storms (Scientists in the Field) (Paperback)

In this addition to the critically acclaimed Scientist in the Field series, scientist Robin Tanamachi and her team are trying to save countless lives across America’s heartland, chasing one tornado at a time.

Robin Tanamachi has been captivated by tornadoes and extreme weather her entire life. When she realized people researched weather for a job, she was hooked.

She now studies tornadogenesis, or how tornadoes form, and what causes them to get weaker versus strengthen. For her, driving around in a Doppler radar truck aiming towards storms is a normal day in the office. The data she collects is then modeled and studied on computers—with math, physics, and computer science working hand in hand with meteorology.

At the end of the day, knowing exactly how, when, and where these violent storms happen can give more warning time for everyone involved.

Tom Uhlman has been a freelance photographer for more than 25 years. He photographs lots of news and sporting events, but enjoys shooting pictures of wildlife and the natural world most of all. Visiting Tom's photographs can also be seen in the Scientists in the Field books Park Scientists, Emi and the Rhino Scientist, Inside Biosphere 2, Mission to Pluto, and The Bat Scientists

"[A] rich addition to weather collections."—Booklist —