The Two Towers: Being the Second Part of The Lord of the Rings (Paperback) 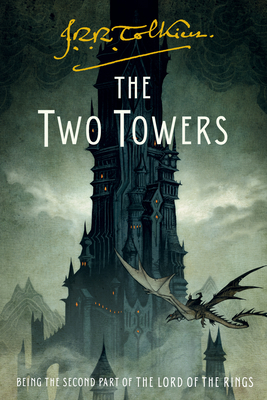 The Two Towers: Being the Second Part of The Lord of the Rings (Paperback)

Begin your journey into Middle-earth...

A New Legend Begins on Prime Video, in The Lord of the Rings: The Rings of Power.

The Two Towers is the second part of J.R.R. Tolkien’s epic adventure, The Lord of the Rings.

J.R.R. Tolkien’s classic epic fantasy trilogy The Lord of the Rings, now with a fresh new package for Book 2, The Two Towers.

Frodo and his Companions of the Ring have been beset by danger during their quest to prevent the Ruling Ring from falling into the hands of the Dark Lord by destroying it in the Cracks of Doom. They lost the wizard Gandalf in the Mines of Moria. And Boromir, seduced by the power of the Ring, tried to seize it by force. While Frodo and Sam made their escape, the rest of the company was attacked by Orcs.

Now they continue their journey alone down the great River Anduin—alone, that is, save for the mysterious creeping figure that follows wherever they go.

"The author has intimate access to an epic tradition of Germanic history, civilized by the gentler genius of modern England." The New York Times

"Among the greatest works of imaginative fiction of the twentieth century. The book presents us with the richest profusion of new lands and new creatures, from the beauty of Lothlorien to the horror of Mordor, adventures to hold us spell-bound, and words of beauty and evocation to bring all vividly before us." -- Sunday Telegraph —