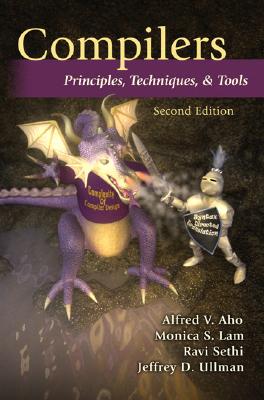 
Special Order—Subject to Availability
(This book cannot be returned.)
Compilers: Principles, Techniques and Tools, known to professors, students, and developers worldwide as the Dragon Book, is available in a new edition. Every chapter has been completely revised to reflect developments in software engineering, programming languages, and computer architecture that have occurred since 1986, when the last edition published. The authors, recognizing that few readers will ever go on to construct a compiler, retain their focus on the broader set of problems faced in software design and software development.
Alfred V. Aho is Lawrence Gussman Professor of Computer Science at Columbia University. Professor Aho has won several awards including the Great Teacher Award for 2003 from the Society of Columbia Graduates and the IEEE John von Neumann Medal. He is a member of the National Academy of Engineering and a fellow of the ACM and IEEE. Monica S. Lam is a Professor of Computer Science at Stanford University, was the Chief Scientist at Tensilica and the founding CEO of moka5. She led the SUIF project which produced one of the most popular research compilers, and pioneered numerous compiler techniques used in industry. Ravi Sethi launched the research organization in Avaya and is president of Avaya Labs. Previously, he was a senior vice president at Bell Labs in Murray Hill and chief technical officer for communications software at Lucent Technologies. He has held teaching positions at the Pennsylvania State University and the University of Arizona, and has taught at Princeton University and Rutgers. He is a fellow of the ACM. Jeffrey Ullman is CEO of Gradiance and a Stanford W. Ascherman Professor of Computer Science at Stanford University. His research interests include database theory, database integration, data mining, and education using the information infrastructure. He is a member of the National Academy of Engineering, a fellow of the ACM, and winner of the Karlstrom Award and Knuth Prize.