An Echo in the City (Hardcover) 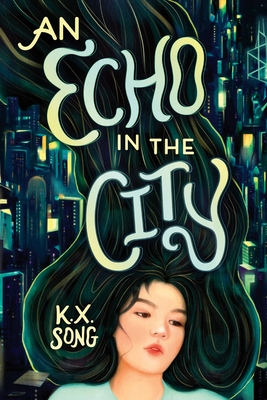 An Echo in the City (Hardcover)


Not Yet Published—Pre-Order Now
Two star-crossed teenagers fall in love during the Hong Kong protests in this searing contemporary debut about coming of age in a time of change.

Sixteen-year-old Phoenix knows her parents have invested thousands of dollars to help her leave Hong Kong and get an elite Ivy League education. They think America means big status, big dreams, and big bank accounts. But Phoenix doesn’t want big; she just wants home. The trouble is, she doesn’t know where that is…until the Hong Kong protest movement unfolds, and she learns the city she’s come to love is in danger of disappearing.

Seventeen-year-old Kai sees himself as an artist, not a filial son, and certainly not a cop. But when his mother dies, he’s forced to leave Shanghai to reunite with his estranged father, a respected police officer, who’s already enrolled him in the Hong Kong police academy. Kai wants to hate his job, but instead, he finds himself craving his father’s approval. And when he accidentally swaps phones with Phoenix and discovers she’s part of a protest network, he finds a way to earn it: by infiltrating the group and reporting their plans back to the police.

As Kai and Phoenix join the struggle for the future of Hong Kong, a spark forms between them, pulling them together even as their two worlds try to force them apart. But when their relationship is built on secrets and deception, will they still love the person left behind when the lies fall away?

K. X. Song is a diaspora writer with roots in Hong Kong and Shanghai. An Echo in the City is her debut novel. Visit her online at kxsong.com, or on Instagram @ksongwrites.