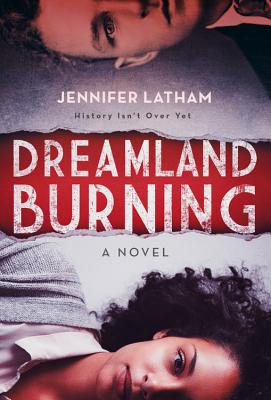 
Not On Our Shelves—Ships in 1-5 Days
A compelling dual-narrated tale from Jennifer Latham that questions how far we've come with race relations.

Some stories need to be told.

When seventeen-year-old Rowan Chase finds a skeleton on her family's property, she has no idea that investigating the brutal century-old murder will lead to a summer of painful discoveries about the present and the past.

Nearly one hundred years earlier, a misguided violent encounter propels seventeen-year-old Will Tillman into a racial firestorm. In a country rife with violence against blacks and a hometown segregated by Jim Crow, Will must make hard choices on a painful journey towards self discovery and face his inner demons in order to do what's right the night Tulsa burns.

Through intricately interwoven alternating perspectives, Jennifer Latham's lightning-paced page-turner brings the Tulsa race riot of 1921 to blazing life and raises important questions about the complex state of US race relations--both yesterday and today.
Jennifer Latham is an army brat with a soft spot for kids, books, and poorly behaved dogs. She's the author of Scarlett Undercover and lives in Tulsa, Oklahoma, with her husband and two daughters.
Praise for Dreamland Burning:
A Chicago Public Library Best of the Best Books of the Year PickA YALSA Quick Pick for Reluctant Young Adult Readers

* "Latham masterfully weaves together the story of two well-off, mixed-race teenagers--Rowan, in the present, and Will, who lived in Tulsa in 1921--in this fast-paced, tension-filled look at race, privilege, and violence in America... This timely story gives readers an unflinching look at the problem of racism, both past and present, while simultaneously offering the hope of overcoming that hatred."
—Booklist (starred review)

"Latham thoughtfully asks readers to consider the responsibilities of a witness; what it is like to be biracial when belonging to one group is paramount; and about whether saving one person can make a difference in the broader context of society's racial problems."—The Horn Book

"Latham's research for this novel is evident. The historical period is richly detailed, offering a window into the racial inequalities and hatred that divided this community."—VOYA

"Wrapped in a detective tale, this is a thoughtful look at racial issues, an exciting whodunit, and a fascinating glimpse into Tulsa history."—School Library Connection