Careers for Women: A Novel (Hardcover) 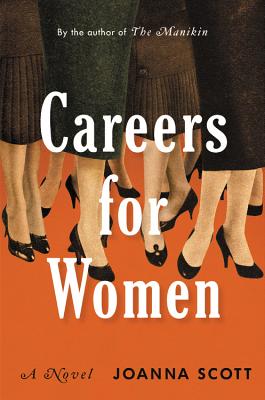 Careers for Women: A Novel (Hardcover)


Special Order—Subject to Availability
New York in the late 1950s. A city, and a world, on the cusp of change . . .

Maggie Gleason is looking toward the future. Part of a midcentury wave of young women seeking new lives in New York City, Maggie works for legendary Port Authority public relations maven Lee K. Jaffe -- affectionately known to her loyal staff as Mrs. J. Having left Cleveland, Maggie has come to believe that she can write any story for herself that she imagines.

Pauline Moreau is running from the past -- and a shameful secret. She arrives in the city on the brink of despair, saddled with a young daughter who needs more love, attention, and resources than Pauline can ever hope to provide. Seeing that Pauline needs a helping hand, Mrs. J tasks Maggie with befriending, and looking after, Pauline.

As the old New York gives way to the new, and Mrs. J's dream of the world's largest skyscraper begins to rise from the streets of lower Manhattan, Pauline -- with the aid of Maggie and Mrs. J -- also remakes herself. But when she reignites the scandal that drove her to New York, none of their lives will ever be the same. Maggie must question everything she thought she knew about love, work, ambition, and family to discover the truth about the enigmatic, strong woman she thought she had rescued.

Careers for Women is a masterful novel about the difficulties of building a career, a dream, or a life -- and about the powerful small mercies of friendship and compassion.
Joanna Scott is the author of eleven books, including The Manikin, which was a finalist for the Pulitzer Prize; Various Antidotes and Arrogance, which were both finalists for the PEN/Faulkner Awards; and the critically acclaimed Make Believe, Tourmaline, Liberation, and Follow Me. She is a recipient of a MacArthur Fellowship, a Guggenheim Fellowship, and a Lannan Award.
Praise for CAREERS FOR WOMEN:


"What a spectacular novel about the dreams women chase, the choices we make and the power of those decisions to undo us at every turn. I loved it."
—Kate Atkinson, author of A God in Ruins

"In the vein of Mad Men and Hidden Figures, Scott's novel follows women working humdrum clerical jobs during the building of the World Trade Center. Maggie, an Ohio transplant with big dreams; Pauline, a single mother hiding a scandalous past; and their volatile boss, Mrs. J."—Entertainment Weekly, Summer's 20 Must Read Books

"Careers for Women is a spark plug of a novel. I highly recommend this deftly told gem."
—Hannah Pittard, author of Listen to Me

"A suspenseful drama of profound dimensions. MacArthur Fellow Scott, a novelist of wit and daring, creates fresh and compelling characters and nimbly spans decades as she delves into the struggles of women in a blatantly sexist world... Scott's dynamic and provocative novel offers arresting insights into moral dilemmas at the intersection of the personal and the societal."—Booklist (Starred Review)

"a stylish jigsaw puzzle of a book, coming at its subject matter from multiple points of view and expanding the very notion of what historical fiction can be."—Michael Upchurch, The Seattle Times

"Smart and masterfully composed, Scott's novel is about women and work, of course; but it's also about the ways in which female friendship and empathy are key to a woman's rise. Fans of Good Girls Revolt and Mad Men, this book belongs on your bookshelf."—Elizabeth Kiefer, Refinery29

"Readers are sure to get swept up in this engrossing novel about friendship."—Bookish.com

"One read of this extraordinary and distinctive novel is never going to be enough"—Kerry McHugh, Shelf Awareness

"a serpentine, craftily-arranged novel that spans decades and county lines . . . . what is Careers for Women if not entirely satisfying?"—Alice Gregory, New York Times Book Review