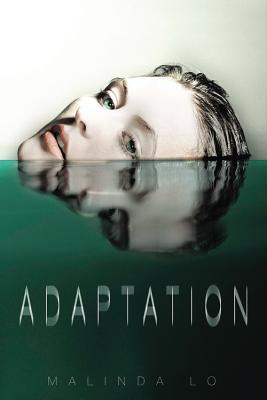 
Special Order—Subject to Availability
Across North America, flocks of birds hurl themselves into airplanes, causing at least a dozen to crash. Thousands of people die. Fearing terrorism, the United States government grounds all flights, and millions of travelers are stranded.

Among them are Reese and her debate team partner and longtime crush David, who are in Arizona when the disaster occurs. On their drive home to San Francisco, along a stretch of empty highway in the middle of the Nevada night, a bird flies into their headlights. The car flips over. When they wake up in a military hospital, the doctor won't tell them what happened, where they are--or how they've been miraculously healed.

Things become even stranger when Reese returns home. San Francisco feels like a different place with police enforcing curfew, hazmat teams collecting dead birds, and a strange presence that seems to be following her. When Reese unexpectedly collides with the beautiful Amber Gray, her search for the truth is forced in an entirely new direction-and threatens to expose a vast global conspiracy that the government has worked for decades to keep secret.

Adaptation is a bold contemporary science-fiction thriller from the acclaimed author of Ash.
Malinda Lo is the author of several young adult novels, including Ash, a retelling of the Cinderella story with a lesbian twist, which was a finalist for the William C. Morris YA Debut Award, the Andre Norton Award for YA Fantasy and Science Fiction, and the Lambda Literary Award. Before she became a novelist, she was an economics major, an editorial assistant, a graduate student, and an entertainment reporter. She lives in Northern California with her partner and their dog. Malinda invites you to visit her at www.malindalo.com.
Praise for Adaptation:
A CBC Best Children's Books of 2013 selectionA 2013 Top Ten Rainbow Project Book
"Absolutely compelling...the reader is tugged along, just as confused and naively hopeful as Reese herself. A sharp twist at the climax makes everything that happened before an even more satisfying puzzle to unravel."—Horn Book

"[Adaptation] would do the X-Files proud..."

"..Slot this on the shelf between Cory Doctorow's Little Brother and The X-Files."—Kirkus

"Lo invokes a paranoid X-Files sensibility here, layering conspiracy atop conspiracy and balancing ambitious twists with nuanced relationships that are ultimately as important to the sci-fi plotting as they are to the character development." —BCCB