The Boy Next Door: A Novel (Hardcover) 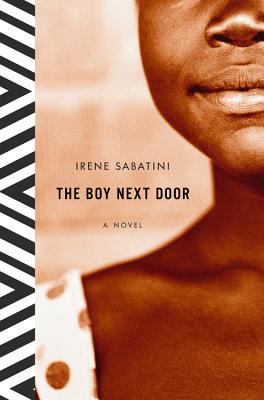 The Boy Next Door: A Novel (Hardcover)


Not On Our Shelves—Ships in 1-5 Days
In Bulawayo, Zimbabwe, there is a tragedy in the house next door to Lindiwe Bishop -- her neighbor has been burned alive. The victim's stepson, Ian McKenzie, is the prime suspect but is soon released. Lindiwe can't hide her fascination with this young, boisterous and mysterious white man, and they soon forge an unlikely closeness even as the country starts to deteriorate.

Years after circumstances split them apart, Ian returns to a much-changed Zimbabwe to see Lindiwe, now a sophisticated, impassioned young woman, and discovers a devastating secret that will alter both of their futures, and draw them closer together even as the world seems bent on keeping them apart.

The Boy Next Door is a moving and powerful debut about two people finding themselves and each other in a time of national upheaval.
Irene Sabatini spent her childhood in the laid back city of Bulawayo in Zimbabwe, gobbling up books from the Public Library. After University in Harare she ventured across continents to Colombia, excited by the chance to live in, learn from, and be inspired by a new culture. One early morning she found herself in the lush countryside outside Bogotá, sitting on the veranda of a former Dominican monastery: in the quiet, she opened a red notebook and started writing. She has yet to stop.
PRAISE FOR THE BOY NEXT DOOR:
"Irene Sabatini's captivating first novel, The Boy Next Door, offers readers a rare and often painfully honest glimpse into life in post-independent Zimbabwe. And yet there is much light and hope and yes, love--genuine and hard-earned--in this book as well. A true pleasure."—Peter Orner, author of The Second Coming of Mavala Shikongo

"Irene Sabatini's remarkable debut novel about Zimbabwe is a kaleidoscopic blend of elements encompassing everything from coming of age and first love to race, nationalism and the rapid degradation of a once-thriving country. The story is at once sprawling and intimate, political and personal.... [Sabatini] is able to convey the evolution of Lindiwe and Ian's complex relationship with brilliant nuance and depth. Her portrayal of their different but ultimately connected views on race, family and country is masterful. Like Lindiwe, Sabatini grew up in Bulawayo and was educated in Harare. Like many first novels, this story has an autobiographical feel, but one that adds authenticity and immediacy to the narrative. Sabatini's descriptions of Zimbabwe--its people, its languages, its politics, its beauty and its despair--are absolutely stunning and not to be missed."—Debra Ginsberg, Shelf Awareness

"Sabatini, who grew up in Harare and Bulawayo, offers a beautifully written first novel that explores the complexities of post-independent Zimbabwe--ever-shifting affinities of race, family, and other affiliations--through the love story of a mixed-race couple."—Booklist