A Change of Climate: A Novel (Paperback) 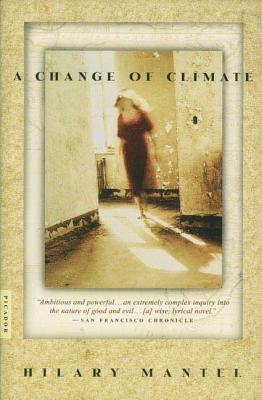 A Change of Climate: A Novel (Paperback)

Ralph and Anna Eldred are an exemplary couple, devoting themselves to doing good. Thirty years ago as missionaries in Africa, the worst that could happen did. Shattered by their encounter with inexplicable evil, they returned to England, never to speak of it again. But when Ralph falls into an affair, Anna finds no forgiveness in her heart, and thirty years of repressed rage and grief explode, destroying not only a marriage but also their love, their faith, and everything they thought they were.

Hilary Mantel is the two-time winner of the Man Booker Prize for her best-selling novels, Wolf Hall, and its sequel, Bring Up the Bodies—an unprecedented achievement. The Royal Shakespeare Company adapted Wolf Hall and Bring Up the Bodies for the stage to colossal critical acclaim, and the BBC/Masterpiece six-part adaption of the novels aired in 2015.

The author of fourteen books, she is currently at work on the third installment of the Thomas Cromwell Trilogy.

“Ambitious and powerful. . .an extremely complex inquiry into the nature of good and evil. . .[a] wise, lyrical novel.” —San Francisco Chronicle

“[A] complex story, probing deeper questions of good and evil. . ..Mantel is an acute observer, fearless in exploring difficult subjects wherever they may lead her.” —The Washington Post Book World

“A darkly humorous book...encapsulating the push and pull between emotion and repression, self-sacrifice and self-deception, pragmatism and confusion, goodness and evil.” —Los Angeles Times