The War of the Austrian Succession (Paperback) 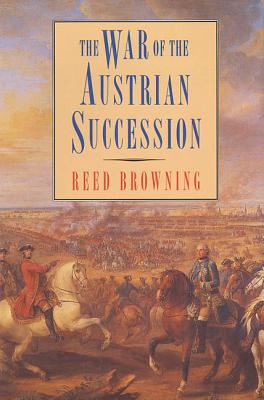 The War of the Austrian Succession (Paperback)

Reed S. Browning explores the often-changing war aims of the major belligerents-Austria, France, Great Britain, Prussia, Piedmont-Sardinia, and Spain-and links diplomatic and military events to the political and social context from which they arose.

“At long last we have a thoroughly researched and comprehensive history of the War of the Austrian Succession. Professor Browning has written a witty and engaging narrative that turns the volume's size into a real plus for students and scholars of military and diplomatic history. This is good, old-fashioned history at its best.” —Charles Ingrao, Purdue University