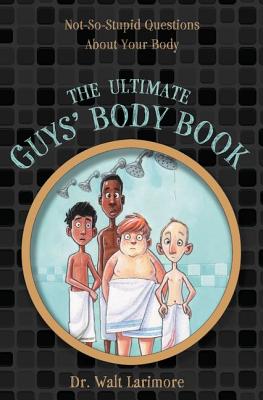 Everything a boy should know, but won't ask--from a Christian perspective

Finally, everything you wanted to know about your body, but you've just been too chicken to ask. Ultimate Guys' Body Book is the first book for boys that gives honest answers to real questions about your body from a biblical perspective. No, you're not falling apart--you're just growing up But there's no need to fear, when God is near. He's your personal guide to understanding your body.

With information about everything from steroid use to body parts, there's not a question we won't answer. These aren't questions some adult made up, but they're real questions asked by real boys just like you. You want to know the truth? Now you can, because Ultimate Guys' Body Book gives you the facts--no holds barred

Walt Larimore, MD, has been called 'one of the best known family physicians in America' and has been listed in the Best Doctors in America, The Guide to America's Top Family Doctors, and Who's Who in Medicine and Healthcare, Who's Who in America, and the International Health Professionals of the Year. He is also a best-selling author who has written, co-written, or edited thirty books. He writing has been recognized with a number of national awards, including a Christianity Today Book of the Year award, a Retailers Choice book award, three Silver Medallion Book Awards, three Gold Medallion Book Award nominations, and three Christy Award nominations. He and his wife, Barb, have two grown children, two grandchildren, and live in Colorado Springs area with their tabby, Jack. His website is www.DrWalt.com and his Morning Glory, Evening Grace devotions can be found at www.Devotional.DrWalt.com.