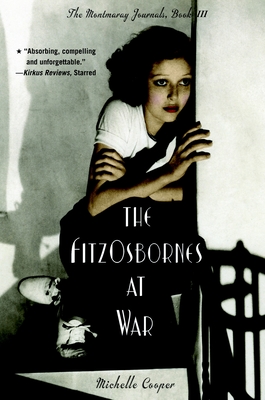 This is book number 3 in the The Montmaray Journals series.

Michelle Cooper completes her heart-stealing epic drama of history and romance with The FitzOsbornes at War.

Sophie FitzOsborne and the royal family of Montmaray escaped their remote island home when the Nazis attacked. But as war breaks out in England and around the world, nowhere is safe. Sophie fills her journal with tales of a life during wartime. Blackouts and the Blitz. Dancing in nightclubs with soliders on leave. And endlessly waiting for news of her brother Toby, whose plane was shot down over enemy territory.

But even as bombs rain down on London, hope springs up, and love blooms for this most endearing princess. And when the Allies begin to drive their way across Europe, the FitzOsbornes take heart—maybe, just maybe, there will be a way to liberate Montmaray as well.
MICHELLE COOPER works as a speech pathologist. She specializes in learning disabilities and reluctant readers, so she's passionate about getting children and teenagers interested in books.

Starred Review, Booklist, November 15, 2012:
“…this makes a perfect choice for teen devotees of Downton Abbey and other period dramas.”