Jazz: New Perspectives On The History Of Jazz By Twelve Of The World's Foremost Jazz Critics And Scholars (Paperback) 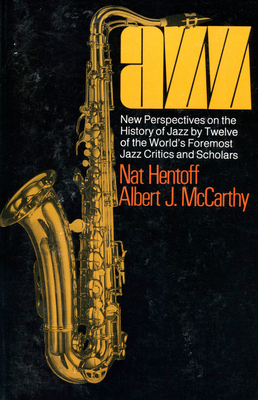 Jazz: New Perspectives On The History Of Jazz By Twelve Of The World's Foremost Jazz Critics And Scholars (Paperback)


Not On Our Shelves—Ships in 1-5 Days
The names of Nat Hentoff and Albert J. McCarthy have become almost synonymous with jazz writing. Hentoff, editor of Jazz Review, writer for Downbeat, High Fidelity, New Yorker, and the Village Voice, and McCarthy, editor of Jazz Monthly, have raised jazz beyond mere appreciation and discography to a subject which demands the rigorous application of musicological, sociological, and historical analysis. In addition to their own contributions, the twelve articles they have commissioned by internationally noted critics and scholars provide almost revolutionary evidence of the emergence of Jazz as a serious art form.
Nat Hentoff is the first jazz critic ever named a "Jazz Master" by the National Endowment for the Arts.

Albert J. McCarthy (1920-1987) was an English jazz and blues discographer, critic, historian, and editor. He edited Jazz Monthly magazine from 1955 to 1972 and later started his own magazine, Mainstream.