The Notebooks and Drawings of Louis I. Kahn: Facsimile Edition and Reader's Guide (Hardcover) 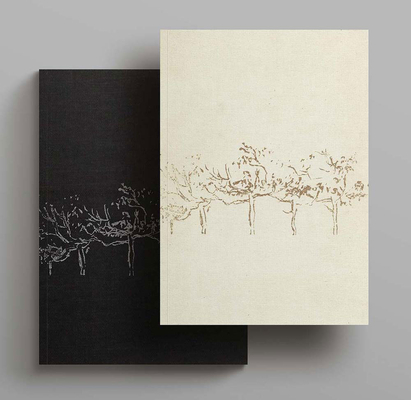 The Notebooks and Drawings of Louis I. Kahn: Facsimile Edition and Reader's Guide (Hardcover)


In Stock—Click for Locations
A deluxe sleeved set that includes a facsimile republication of a classic work on Louis Kahn and an accompanying volume of new writings by colleagues, architects, and the Kahn family

The Notebooks and Drawings of Louis I. Kahn, originally published in 1962 and long out of print, was the first book on the architect to feature Kahn’s own images and words—and it was Kahn’s favorite book on his work. It includes his early sketches, reproduced at full size, from his European travels in the 1950s as well as renderings of the designs for several of his notable buildings, along with unpublished speeches and excerpts from lectures, radio broadcasts, and other sources.

In this magnificent sleeve-encased two-book set, a facsimile of the original publication is accompanied by an illustrated Reader’s Guide that features essays and commentary by writers such as scholar William Whitaker and Pulitzer Prize–winning critic Paul Goldberger, family members, and fellow architects such as Frank Gehry, Tadao Ando, and Denise Scott Brown that contextualize the enormous impact and continuing legacy of one of the twentieth century’s most influential architects.

Richard Saul Wurman, the designer and editor of the original 1962 volume and a former student of Louis Kahn, was employed in Kahn’s Philadelphia office.
“Kahn’s sketches beautifully convey and combine both the conceptual and the physical dimensions of architecture—the moment when thought becomes visible.”—Mohsen Mostafavi, Alexander and Victoria Wiley Professor of Architecture & Harvard University Distinguished Service Professor

“The Notebooks and Drawings of Louis I. Kahn gave architects the permission to ‘be in conversation with your ideas.’ The facsimile presents this intimate gift to a new generation.”—David Rockwell, Founder and President, Rockwell Group

“[A] beautifully made testament to the enduring legacy of Louis Kahn . . . the notebooks so lovingly reproduced in this two volume set offer unparalleled and intimate access to Kahn’s ideas and process, all illuminated by expert commentary.”—Mark Lamster, University of Texas at Arlington

“Nature and manmade blended seamlessly. Looking over [Kahn’s] sketches in The Notebooks and Drawings, I believe that this must have been his primary objective. . . . Utterly elevated and inspiring.”—Calvin Tsao, architect principal, Tsao & McKown Architects