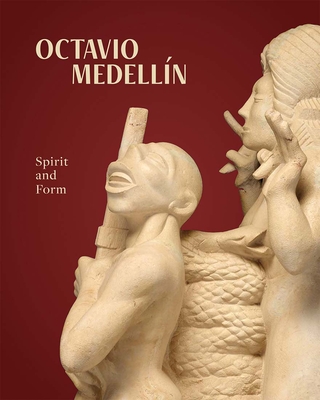 By Mark A. Castro

Octavio Medellín (1907–1999) was an influential figure in Texas art for over six decades, creating evocative works in a wide variety of mediums. He engaged with artistic trends on both sides of the border, befriending prominent Mexican artists such as Carlos Mérida, while working alongside foundational figures of Texas regionalism like the Dallas 9. Born near San Luis Potosí, Mexico, and of Otomi descent, Medellín immigrated with his family to San Antonio when he was a teenager. His multinational identity was a source of creativity, but also forced him to navigate a complicated path between the two countries that he called home. Medellín’s work is marked by a constant drive to adapt to new circumstances.

Exploring the astonishing range of Medellín’s work and his devotion to a meticulous process-centered practice, this retrospective asserts the artist's key place in the history of American and Texas art, while examining the reasons why his work has not been fully appreciated.

Distributed for the Dallas Museum of Art