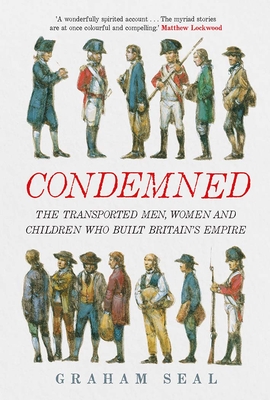 In the early seventeenth century, Britain took ruthless steps to deal with its unwanted citizens, forcibly removing men, women, and children from their homelands and sending them to far-flung corners of the empire to be sold off to colonial masters. This oppressive regime grew into a brutal system of human bondage which would continue into the twentieth century.

Drawing on firsthand accounts, letters, and official documents, Graham Seal uncovers the traumatic struggles of those shipped around the empire. He shows how the earliest large-scale kidnapping and transportation of children to the American colonies were quickly bolstered with shipments of the poor, criminal, and rebellious to different continents, including Australia. From Asia to Africa, this global trade in forced labor allowed Britain to build its colonies while turning a considerable profit. Incisive and moving, this account brings to light the true extent of a cruel strand in the history of the British Empire.
Graham Seal is emeritus professor of folklore at Curtin University. He is the author of numerous books of biography and cultural history, including These Few Lines, which won a National Biography Award, and The Savage Shore. He lives in Mt. Hawthorn, Western Australia.
“A brilliant and moving work on how we came to be”—Guy Rundle, Crikey

“An interesting and informative read, which I thought was made all the more fascinating by the stories of some of the victims and perpetrators of the system.”—Literary Potpourri

‘An enthralling study of those “criminals” despatched “beyond the seas” to all corners of the globe and empire. Written with grace, it revives some of these unfortunate “ghosts” whose brief if enduring existence in the historical record ill reflects their impact upon the modern world.’—James Evans, author of Emigrants: Why the English Sailed to the New World

‘A wonderfully spirited account of the thousands of men, women and children shipped across the world as part of Britain’s criminal transportation system. The myriad stories are at once colourful and compelling, illuminating the often overlooked experiences of the unsung individuals whose forced labour transformed the British empire.’—Matthew Lockwood, author of To Begin the World Over Again