Detroit After Dark: Photographs from the Collection of the Detroit Institute of Arts (Hardcover) 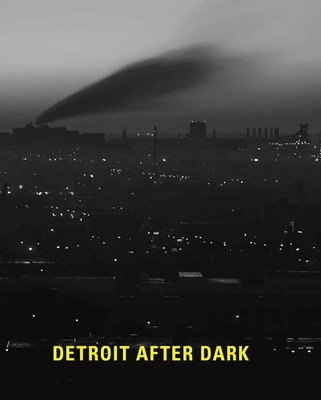 Detroit After Dark: Photographs from the Collection of the Detroit Institute of Arts (Hardcover)

This book is the first to explore photographic representations of Detroit during the hours from dusk until dawn, featuring work by artists including Robert Frank, Leni Sinclair, Steve Shaw, Russ Marshall, and Dave Jordano, among others.  The city’s streets, architecture, vast industrial complexes, night clubs, and unique subcultures are captured here in otherworldly visions of the nighttime urban landscape from the 1950s to the present day.  These images offer a unique interpretation of Detroit, its industry, culture, and turbulent history through the second half of the 20th century and into the 21st. This book also provides context for the work by addressing historically significant artists who have contributed to the genre, including Ilse Bing, Brassaï, André Kertész, Berenice Abbott, and others.

Distributed for the Detroit Institute of Arts

Nancy W. Barr is co-chief curator and curator of photography at the Detroit Institute of Arts. Sara Blair is professor of English language and literature at the University of Michigan. Chris Tysh is a Detroit-based poet and senior lecturer at Wayne State University.