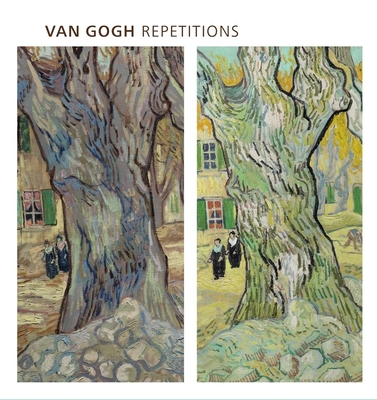 Popular perceptions of Vincent van Gogh (1853–1890) frequently envision the painter working before nature in an intense frenzy, yet the artist’s method was often controlled and deliberate. Van Gogh Repetitions is the first book to focus on the artist’s “repetitions,” a term he used to describe his process of producing more than one version of a composition. Van Gogh ultimately developed a conceptual framework that distinguished his répétitions from copies, études, tableaux, and décorations, balancing modernist aspirations toward originality with the creation of copies of his existing compositions. The artist’s practice of producing repetitions was far more extensive and vital to his creative process than is commonly recognized.

In this groundbreaking and beautifully illustrated book, a series of essays considers the many unresolved issues and controversies surrounding the repetitions, including their origins, development, and meaning in van Gogh’s art. Technical and analytical examinations provide new insights into the artist’s working methods and approach to the creative process.

Eliza E. Rathbone is chief curator, both at The Phillips Collection.
“. . . resolve[s] questions . . . that have confounded scholars and fans of van Gogh until now.”—Henry Adams, New York Times
— Henry Adams

Won an Honorable Mention for the 2013 New England Book Festival given by the JM Northern Media Family of Festivals, in the Photography/Art Category.
— Rathbone

“Beautiful . . . the kind of book that is both accessible to a general public and valuable to the researcher.”—Cornelia Homburg, Art Newspaper
— Cornelia Homburg