The Grizzly in the Driveway: The Return of Bears to a Crowded American West (Hardcover) 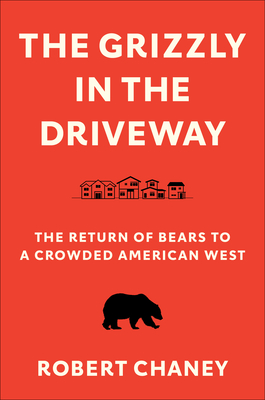 The Grizzly in the Driveway: The Return of Bears to a Crowded American West (Hardcover)

Four decades ago, the areas around Yellowstone and Glacier National Parks sheltered the last few hundred surviving grizzlies in the Lower 48 states. Protected by the Endangered Species Act, their population has surged to more than 1,500, and this burgeoning number of grizzlies now collides with the increasingly populated landscape of the twenty-first-century American West. While humans and bears have long shared space, today's grizzlies navigate a shrinking amount of wilderness: cars whiz like bullets through their habitats, tourists check Facebook to pinpoint locations for a quick selfie with a grizzly, and hunters seek trophy prey. People, too, must learn to live and work within a potential predator's territory they have chosen to call home.

Mixing fast-paced storytelling with rich details about the hidden lives of grizzly bears, Montana journalist Robert Chaney chronicles the resurgence of this charismatic species against the backdrop of the country's long history with the bear. Chaney captures the clash between groups with radically different visions: ranchers frustrated at losing livestock, environmental advocates, hunters, and conservation and historic preservation officers of tribal nations. Underneath, he probes the balance between our demands on nature and our tolerance for risk.

Robert Chaney is a reporter for the Missoulian. A lifelong Montanan, he covers science and the environment.