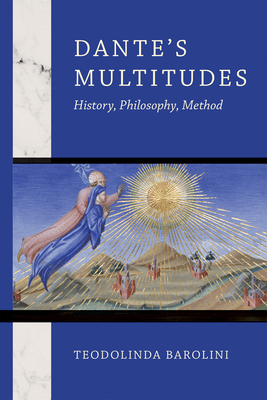 A critical addition to Dante studies that illuminates the poet's disruptive impact within Italian culture and foregrounds Barolini's marked contribution to the field.

In Dante's Multitudes, the newest addition to the renowned William and Katherine Devers Series in Dante and Medieval Italian Literature, Teodolinda Barolini gathers sixteen of her essays exploring the revolutionary character of Dante's work. Embracing the Vita Nuova, De vulgari eloquentia, Convivio, Epistles, Monarchia, and Rime, and of course the Divine Comedy, these essays together feature the many facets of the poet's enduring legacy.

Dante's Multitudes showcases the poet's embrace of multiplicity, difference, and disruption in five parts, each with its own general focus. It begins with an introductory essay on method and the use of history in order to set the stage for the expert analyses that follow. Barolini treats various topics in Dante studies, including sexualized and racialized others in the Comedy, Dante's unorthodox conception of limbo, his celebration of metaphysical difference within the paradoxical unity of the Paradiso, and his use of Aristotle to think disruptively about wealth and society, on the one hand, and about love and compulsion, on the other. The volume closes with a final meditation on method and "critical philology," highlighting the ways in which philology has been used uncritically to bolster fallacious hermeneutical narratives about one of the West's most celebrated and influential poets. Barolini once again opens avenues for further research in this compelling collection of essays. This volume will be of interest to scholars in Dante studies, Italian studies, and medieval and Renaissance literature more broadly.

Teodolinda Barolini is the Lorenzo Da Ponte Professor of Italian at Columbia University and author of a number of books, including The Undivine Comedy: Detheologizing Dante and Dante's Poets: Textuality and Truth in the "Comedy."